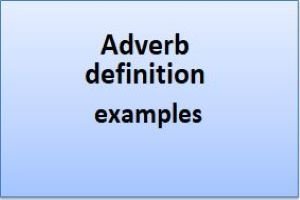 What is an adverb?

Adverbs are descriptive words that use to describe the verbs. Adjectives, other adverbs, phrases, and even entire sentences can be modified by Adverbs.

Adverbs are words that typically modify verbs by limiting or restricting their meaning.

Note: It’s necessary to place an adverb in the appropriate place so that it’s clear which word or words it’s modifying.

Where To Use Adverbs:

To clarify the meaning more, the adverb must be put as close to the word it modifies as feasible; otherwise, our meaning will be unclear.

The verb ” play ” is used in this example, and the adverb ” loudly ” explains how the verb was performed.

The verb “left” is used in this example, and the adverb “quickly” explains how the verb was performed.

SOME INTERESTING FACTS ABOUT ADVERBS:

Not all adverbs describe how the verb has performed.

Adverbs can also provide information about when, where, how often, and how much a verb is performed. It means the question can be answered by an adverb.

How did she cook?

When did he run?

Where did he run?

How often does he runs?

Adverbs can be combined with adjectives as well as other adverbs too.

The most common way to make an adverb is to add -ly to an adjective. If the adjective already ends in -y, the -y is generally dropped and replaced with -i.