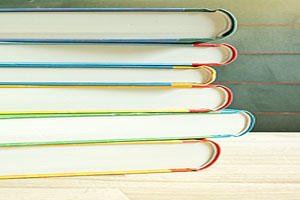 An adverb of degree is a modifier (it modifies a sentence) by telling us what is the intensity of something in a sentence.

There are some exceptions to the rule of placing them but mostly they are placed before the adjective, adverb, or verb that they modify.

Here are a few examples of adverbs of degree “too”, “enough”, “very”, and “extremely”.

Adverbs of degree allow you to be highly detailed while writing. The adverbs of degree have been highlighted in the following examples to make them easier to understand.

The weather was extremely hot.

The lecture is quite boring.

Here hot and boring both are adjectives, extremely and quiet are the degree of adverbs which are explaining the intensity of the adjectives in both sentences.

She was just cooking.

He has almost started.

Here cooking and starting both are verbs, just and almost are which are explaining the intensity of the verbs in both sentences.

She is running very fast.

You are running fast enough.

You are walking too slowly.

Here very, too, and enough all are the degree of adverbs. In sentence number 3 “TOO” is explaining the intensity of the adverb of manner (slowly).

Adverb of Degree also known as Adverb of Comparison:

The degrees of comparison in grammar are related to adjectives and adverbs.

There is three degrees of expression for every adjective and adverb:

The Comparative Degree: This compares two items to determine which has a lower or higher degree of quality. As an example,

The Superlative Degree: It compares two or more objects to decide which has the lowest or best quality. As an example,

Here are the three degrees of comparison for the adjective “thirsty”:

Here are the three degrees of comparison for the adverb “dangerously”:

The location of the activity is indicated by an adverb of place.

Adverbs of place inform us where something happens. Adverbs of place are normally used after the primary verb or the clause that they modify. They do not alter or modify adjectives or other adverbs.

adverbs of place are also known as spatial adverbs, but regardless of their name, these adverbs always answer the same question: where?

The list is created by thinking about how these words are telling us about the movement or location. Obviously, these are some examples of adverbs of place but you’re likely to come up with more extra words on your own.

Across, Abroad, Ahead, Backwards, Back, Beyond, Downwards, Down, Everywhere, Eastwards, Here, Indoors, In, Inside, Overseas, Outside, West, There

Rules of Adverbs of Place:

These simple principles always guide you correctly for using adverbs of place:

An adverb of place always refers to the location where the verb (action) is done. To understand it better, consider the following example.

She turned over and went back to school.

Adverbs of place are usually used after the primary verb or object of a sentence.

She would like to move somewhere warm place in the building.

She can walk backward.

Place adverbs can be directional. For instance: north, southeast, around, away, up, down, etc.

The small ball rolled around in my box.

He fell down in the room.

I looked around but couldn’t find him.

Distances can be referenced by an adverb of place. For example miles apart, far away, nearby

He took the opportunity far away.

An adverb of place can be used to describe the position of one thing in respect to another. Few examples are, “Below, between, above, behind, through, around, and so on”

She is getting behind.

The dog is hiding underneath the sofa.

Many adverbs of place finish in the letters “-ward or -wards,” indicating movement in a specific direction. Forward, backward, toward, westward, homeward, eastwards, and onwards are some examples.

He must keep walking homewards until he reached.

She walked towards me.

Sometimes adverbs of the place tell about both location and movement at the same time.