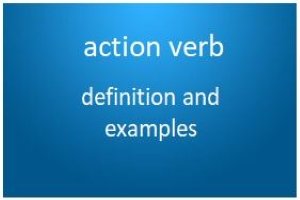 These verbs are used to represent specific acts by describing what happens in a sentence. We can use it to express someone doing something.

Some common examples of Action verbs.

Examples of Action verbs In Sentences.

NOTE: Understanding the two types of action verbs, their functions in sentences, and how they differ from linking verbs is very essential and important.

There are two types of action verbs:

To explain a complete 100% concept, subject and verb are most needed in the sentences. The statement, however, becomes more detailed when direct and indirect objects are added.

Transitive verbs are action verbs that always express activities that relate to or influence another person or thing. This type of verb has a direct object, the object could be a nonliving thing) or living thing that is being acted upon. In the 1st example below direct object is Shan. Direct objects, nouns, or pronouns are also influenced by verbs.

Poked is a transitive verb in this example, it means it transfers the action of poking directly to Jasmine. The person being poked is Shan, who is the direct object in the above example.

Here the direct object answers  “What?” or “Who?” in the sentences.

The verbs are immediately followed by a direct object that receives the action in each of the sentences above. Transitive verbs have a direct effect on things and people.

Intransitive verbs are often used with adverbs to describe the manner in which the action is carried out. For example, you can sleep soundly, sleep deeply, or sleep fitfully. You can run quickly, run slowly, or run awkwardly.

In some cases, an intransitive verb can be used with a direct object if the object is a pronoun. For example, you can sleep yourself, run yourself, or wake yourself up. However, you cannot sleep on the bed, run the table, or wake the house up.