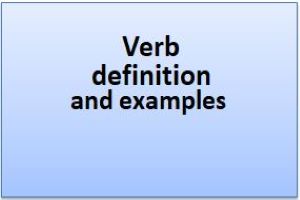 Verbs are the action words in any sentence that describe what the subject is doing. Verbs, and nouns, both are the most important portion of a sentence or phrase because they tell a story about what is happening. In reality, whole thoughts cannot be represented without a verb.

NOTE: In this complete article the verb will be bold and the subject will be underlined to make it easy for the readers to understand the examples and distinguish between verb and subject (Nouns and pronouns).

There are hundreds of verbs in English that express minor variations in meaning, so picking the proper one is crucial. People who understand verbs will be better writers and communicators.

State of being verbs.

Physical verbs describe the action of a subject.

These verbs describe specific physical movements. If you want to describe any motion or physical task, you have to use a physical verb otherwise you can not describe it.

Some verbs that describe the subject’s current state of being are called Mental verbs.

Mental verbs include words that describe the concepts like discovering, thinking, reasoning, organizing, and understanding.

State of being verbs:

Examples of verbs to describe the state of being:

How to Identify a Verb:

As we know that verbs are an important part of the (part of speech) in the English language. Verbs are the sentence’s busybodies, serving to bring the entire thought of a sentence to its completion. The location of a verb in relation to the subject is one hint to help you identify the verb. Verbs are used after pronouns and nouns. These nouns and pronouns are called subjects. Let’s consider a few examples here.

In the below sentences, subjects are underlined and verbs are bold.

Aside from the main three categories of verbs (physical verbs, mental verbs, and state of being verbs) Verbs come in a variety which means There are various varieties of verbs. We have 3 main categories actually and over 11 different classifications of verbs according to their purpose.