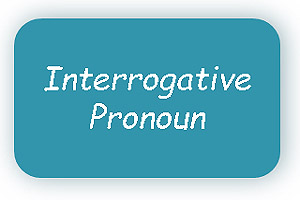 what are the interrogative pronouns: